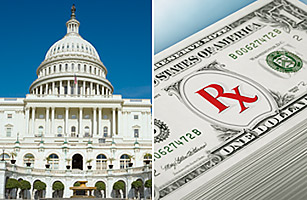 Uninsured sick people got some good news recently, or some of them did, anyway. Starting July 1, the Obama administration reduced the premiums by up to 40 percent in special high-risk insurance plans that the federal government is running in 17 states and the District.

These preexisting condition insurance plans, or PCIPs, were created under the 2010 health-care overhaul to provide guaranteed coverage to people who have medical conditions that often make them uninsurable in the individual insurance market.

The change means that a 55-year-old District resident who would have owed $551 per month under the old rates for the standard plan will now owe $450. In Virginia, the same person’s premium would now be $297 monthly, compared with $498 before.

The new premium rates take into account more state-specific data and thus more closely track the standard rates for individual policies in each state, as the law requires. “Now the program has been up and running for six to nine months, and . . . we’ve had an opportunity to refine the methodology,” says Steven Larsen, director of the Center for Consumer Information and Insurance Oversight at the Department of Health and Human Services.

The administration reviewed rates in the 23 states and the District where it administers the preexisting plans. Federally run plans in the other six states had rates that were already in line with individual premiums so those rates didn’t change.

Consumers in the 27 states that opted to use the money provided in the health-care law to run their own PCIPs may not see similar rate reductions. (Maryland is one of the states that runs its own plan.) HHS has informed those states that they may modify their rates, but they’re not required to do so.

(Even before the federal overhaul was enacted, 35 states offered high-risk pools for people with preexisting conditions. But those programs can be more expensive than the plans operating under the new law.)

Consumer advocates and federal officials hope that the lower premiums will encourage more people to sign up for the plans, which are intended as a bridge to 2014, when most of the provisions of the new law take effect and insurers will no longer be able to turn down applicants because of medical conditions. Although early estimates suggested that as many as 375,000 people might sign up for PCIPs, as of April 30, 21,454 had enrolled.

Along with a legal requirement that people be uninsured for six months before signing up for the new plans, high premiums are probably the biggest stumbling block to enrollment, experts say.

Reducing the cost has made all the difference for Kathleen Watson of Lake City, Fla. Watson, 49, had been uninsured since 2004, when her COBRA coverage under her husband’s previous policy expired. Because she had leukocytosis, a constant elevated white blood cell count, finding affordable coverage was impossible. Compounding her medical problems, in 2009 Watson received a diagnosis of non-Hodgkin lymphoma and then developed an antibiotic-resistant bacterial infection when she was hospitalized with pneumonia.

Last year, when the health-care law created the new plans for people with preexisting medical conditions, Watson looked into coverage. But the $605 monthly premium was more than she could afford on what she earns running a medical transport business.

Then she learned that rates in the three plans were coming down by 40 percent in Florida. She checked out the plans again, and this time signed up for a much more affordable $363 a month. Her coverage started July 1.

“I’m just happy to have insurance now,” says Watson, who says she immediately needs a CT scan and a lung biopsy to check out enlarged lymph nodes in her right lung, bladder and colon. “Hopefully it does what it says.”

At the same time that HHS is reducing premiums in many PCIPs, it’s also making it easier for applicants to the federal plans to prove that they have a preexisting medical condition. In the past, applicants had to present a letter from an insurer denying coverage before they could enroll. This was not only time-consuming but could also be a financial strain for people, say consumer advocates.

It’s not uncommon for insurers to require applicants to submit the first month’s premium at the time that they apply for coverage, says Stephen Finan, senior director of policy at the American Cancer Society’s Cancer Action Network. The money is returned once the applicant is rejected, but it’s difficult for many people to have what may be several hundred dollars tied up while their application moves through the process.

Under the revised rules, instead of showing that they were rejected by an insurer, applicants to the PCIPs can now simply submit a letter dated within the past 12 months from a doctor, physician assistant or nurse practitioner stating that they have or have had a medical condition, illness or disability. “Doctors are getting word of this, and they’re offering to help people write the letters,” says Finan.

There’s no word yet on whether states that run their own plans may follow the federal government’s lead and reduce premiums or relax their application rules. (Many already accept physician letters as proof of illness.) But even though the new changes apply to only 18 states, “this is a very positive step forward,” says Finan. “I’m not sure we’ll see a huge difference, but we expect to see a difference.”

This column, which usually runs in the Tuesday Health and Science section, is produced through a collaboration between The Post and Kaiser Health News. KHN, an editorially independent news service, is a program of the Kaiser Family Foundation, a nonpartisan health-care-policy organization that is not affiliated with Kaiser Permanente.