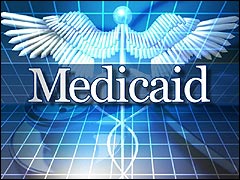 When poor people are given medical insurance, they not only find regular doctors and see doctors more often but they also feel better, are less depressed and are better able to maintain financial stability, according to a new, large-scale study that provides the first rigorously controlled assessment of the impact of Medicaid.

While the findings may seem obvious, health economists and policy makers have long questioned whether it would make any difference to provide health insurance to poor people.

It has become part of the debate on Medicaid, at a time when states are cutting back on this insurance program for the poor. In fact, the only reason the study could be done was that Oregon was running out of money and had to choose some people to get insurance and exclude others, providing groups for comparison.

Some said that of course it would help to insure the uninsured. Others said maybe not. There was already a safety net: emergency rooms, charity care, free clinics and the option to go to a doctor and simply not pay the bill. And in any case, the argument goes, if Medicaid coverage is expanded, people will still have trouble seeing a doctor because so few accept that insurance.

Until now, the arguments were pretty much irresolvable. Researchers compared people who happened to have insurance with those who did not have it. But those who do not have insurance tend to be different in many ways from people who have it. They tend to be less educated and to have worse health habits and lower incomes, said Dr. Alan M. Garber, an internist and health economist at Stanford. No matter how carefully researchers try to correct for the differences “they cannot be completely successful,” Dr. Garber said. “There is always some doubt.”

The new study, published Thursday by the National Bureau of Economic Research, avoided that problem. Its design is like that used to test new drugs. People were randomly selected to have Medicaid or not, and researchers then asked if the insurance made any difference.

Health economists and other researchers said the study was historic and would be cited for years to come, shaping health care debates.

“It’s obviously a really important paper,” said James Smith, an economist at the RAND Corporation. “It is going to be a classic.”

Richard M. Suzman, director of the behavioral and social research program at the National Institute on Aging, a major source of financing for the research, said it was “one of the most important studies that our division has funded since I’ve been at the N.I.A.,” a period of more than a quarter-century.

In its first year of data collection, the study found a long list of differences between the insured and uninsured, adding up to an extra 25 percent in medical expenditures for the insured.

The insured also felt better: the likelihood that they said their health was good or excellent increased by 25 percent, and they were 40 percent less likely to say that their health had worsened in the past year than those without insurance.

The study is now in its next phase, an assessment of the health effects of having insurance. The researchers interviewed 12,000 people — 6,000 who received Medicaid and 6,000 who did not — and measured things like blood pressure, cholesterol and weight.

The study became possible because of an unusual situation in Oregon. In 2008, the state wanted to expand its Medicaid program to include more uninsured people but could afford to add only 10,000 to its rolls. Yet nearly 90,000 applied. Oregon decided to select the 10,000 by lottery.

Economists were electrified. Here was their chance to compare those who got insurance with those who were randomly assigned to go without it. No one had ever done anything like that before, in part because it would be considered unethical to devise a study that would explicitly deny some people coverage while giving it to others.

But this situation was perfect for assessing the impact of Medicaid, said Katherine Baicker, professor of health economics at the Harvard School of Public Health. Dr. Baicker and Amy Finkelstein, professor of economics at M.I.T., are the principal investigators for the study.

“Amy and I stumbled across the lottery in Oregon and thought, ‘This is an unbelievable opportunity to actually find out once and for all what expanding public health insurance does,’ ” Dr. Baicker said.

They had just a short window of time. Within two years, Oregon found the money to offer Medicaid to the nearly 80,000 who had been turned down in the lottery.

As an economist, Dr. Finkelstein was interested, among other things, in whether Medicaid did what all insurance — homeowner’s, auto, health — is supposed to do: shield people from financial catastrophe. Almost no one had even tried to investigate that question, she said.

“It is shocking that it is not even in the discourse,” Dr. Finkelstein said.

Dr. Finkelstein said she had thought that the people were so poor to begin with that they just did not spend very much out of pocket on medical care when they did not have insurance. “Yet look at the results,” she said.

Dr. Baicker interviewed people for Part 2 of the study and was impressed by what she heard.