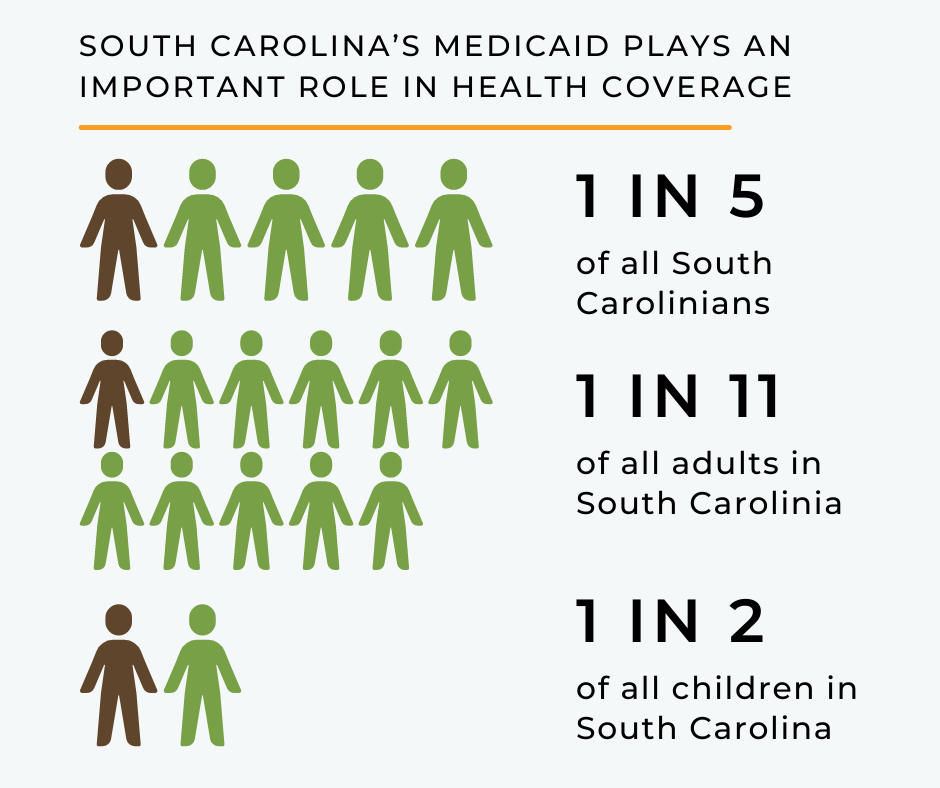 Medicaid in SC is called South Carolina Healthy Connections Medicaid. It provides health care coverage to low-income individuals, including children and pregnant women, families, and people with disabilities. Medicaid does this mainly through managed care organizations that offer insurance. The Managed Care Organizations pay health care providers for their services given to eligible people.

How does it work?

The federal government and states work together to fund the program. Each state, however, determines who is eligible for Medicaid, what benefits are covered and how the provider is paid. The program is funded with both federal and state funds. Currently, for most programs for every dollar South Carolina invests in Medicaid, the federal government provides $3 in return.

Who does Medicaid serve?

South Carolina's Medicaid program covers more than 1 million South Carolinians each year. To qualify for Medicaid, a person must be either pregnant, totally and permanently disabled, under the age of 19, or a caretaker relative living with a child under age 18 and have a low income.

Who is eligible for Medicaid?

Eligibility is based on family income. This is different by the size of your household and by what category you fall in.

What services are covered?

There are certain services that Medicaid must cover. States can choose to cover more services. The federal law does not require states to provide additional services under Medicaid though.

In addition, if a child is diagnosed with a medical condition, she has the right to treatment under the Medicaid EPSDT program.

What would happen if Medicaid funding were cut?

Medicaid is the foundation of our healthcare system.  If South Carolina were to lose Medicaid, more than 1.2 million people would lose their benefits. This would include seniors in nursing homes, prenatal care and more than 600,000 kids. 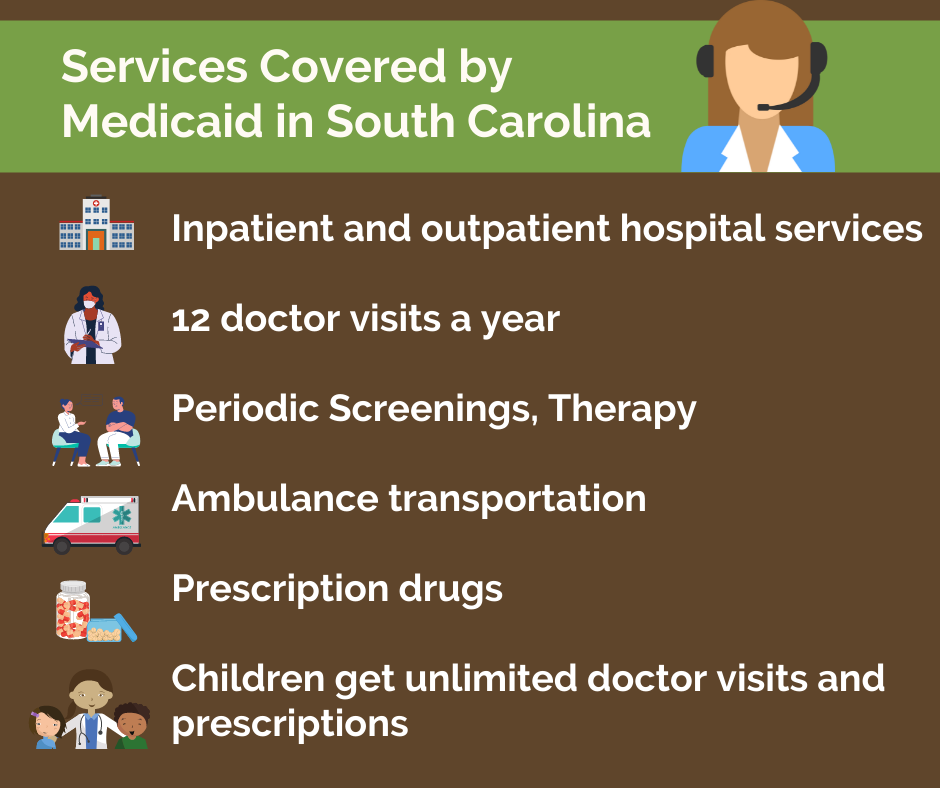 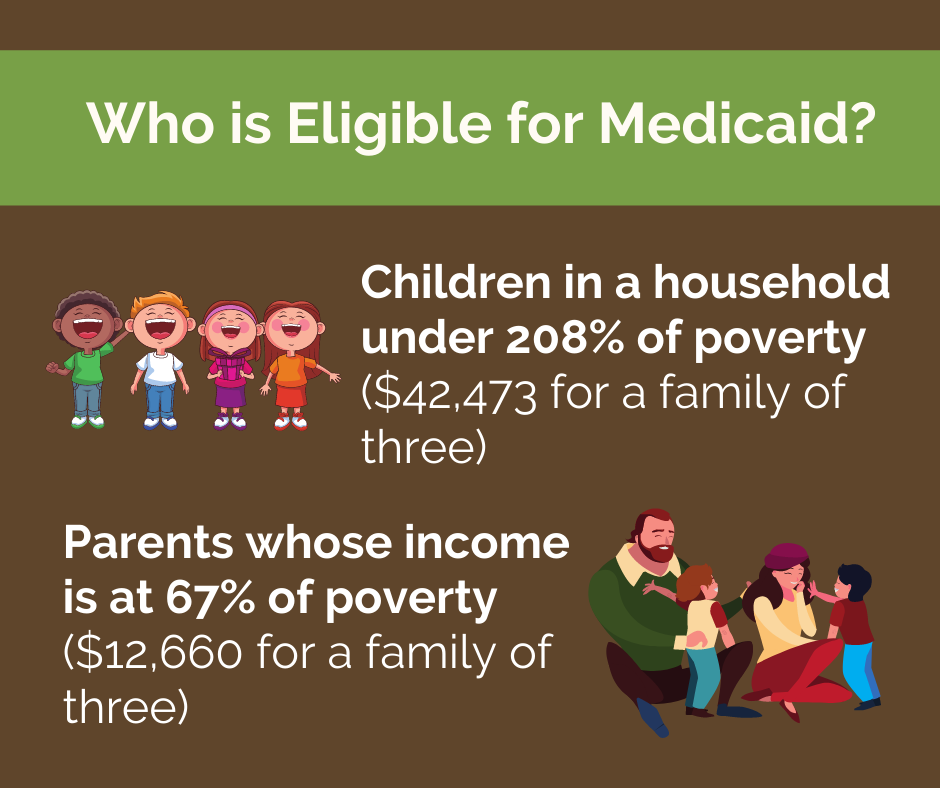 What is the "Coverage Gap"?

We do have a coverage gap because our state refuses to expand Medicaid. If you are an adult without children or disability, but have low income, you may fall in what is known as the "coverage gap." Adults in the coverage gap fall between two zones. On the one hand, they do not make enough money to buy coverage through the Affordable Care Act health insurance marketplace. On the other hand, they also do not meet the minimum requirements for Medicaid under South Carolina's current program. 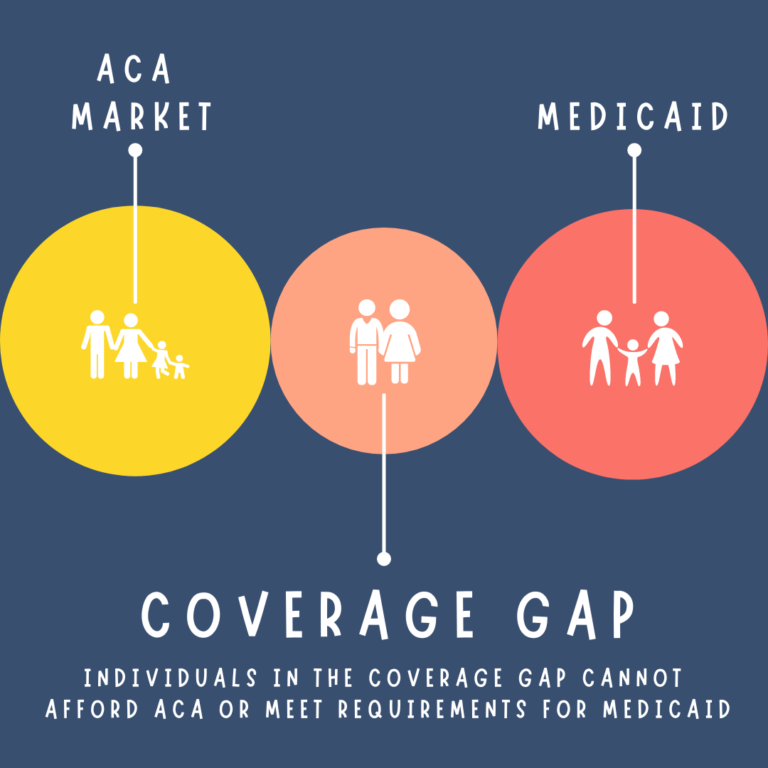 To learn more about Medicaid Expansion, visit the following sources via the Center on Budget: