From The Greenville News: 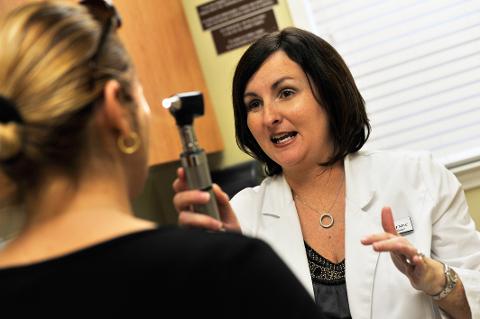 The Taylors Free Medical Clinic has seen a 25 percent increase in the number of people seeking health care over the past two years, sometimes getting so busy they must turn new patients away.

The Taylors Free Medical Clinic has seen a 25 percent increase in the number of people looking for medical care in the past two years, a sign of the country’s ongoing economic pain.

“The number … continues to increase every day,” executive director Karen Salerno told greenvilleonline.com. “We are significantly over what we were this time last year, and there are weeks where have to cut off and say we can’t take any new patients.”

More Americans — including children — are falling into poverty and going without health insurance, the U.S. Census Bureau reported Tuesday.

And the official poverty rate was 15.1 percent, up from 14.3 percent a year earlier, the fourth consecutive annual increase and the largest number in 52 years, growing to 46.2 million last year, or 2.6 million more than in 2009.

The poverty rate for children, meanwhile, grew from 20.7 percent to 22 percent.

And the number of people without health insurance grew from 49 million to 49.9 million, despite growth in the number with government-sponsored coverage, according to the census.

“This is not a good sign for South Carolina,” she said. “People are really hurting.”

Though final state numbers weren’t available, preliminary census data show that the number of uninsured in South Carolina grew from 16.8 percent in 2009 to 20.6 percent in 2010, or about one in five people.

“The number of American workers with job-based health coverage has declined to a historic low,” he said, “and our nation now has the highest number and percentage of uninsured ever recorded.”

In a decade, he said, 13.3 million more Americans joined the ranks of the uninsured. At the same time, the portion with job-based insurance dropped from 65.1 percent to 55.3 percent, he said.

Salerno said the clinic has more than 130 appointments a week.

New patients are often people who have never needed clinic services before, she said, and sometimes they are even former donors.

“These are people who’ve lost their jobs,” she said, “and it’s so hard to become re-employed once you’re laid off these days, so they’ve quickly lost their homes and everything.”

Paradoxically, donations are off because of the economy, too, Salerno said, adding clinic tries to refer patients elsewhere when possible.

“They don’t know how they’re going to absorb the ever-increasing number of people who are in desperate need of health care,” she said.

Berkowitz and Pollack say the census data illustrate the need for safety-net programs.

“Medicaid has become a key lifeline for millions of families across the country, and that lifeline must be protected,” Pollack said.

“It shows why it’s so important for us to increase Medicaid eligibility in 2014 under the Affordable Care Act,” Berkowitz said.

But South Carolina’s Medicaid program has budget problems that have meant some service cuts to beneficiaries and payment cuts to providers. And some critics say expanding Medicaid will prove too costly for the state, while advocates say the state will save money through better health outcomes.

Enrollment in South Carolina’s Medicaid program grew nearly 19 percent between December 2009 and May 2011 to 867,269 people, said Jeff Stensland, spokesman for the state Department of Health and Human Services.

“The largest growth is in the children’s category,” he said. “We estimate that Medicaid now covers about 44 percent of all children in the state.”

That means DHHS must spend wisely, he said, and is why it has increased the number of beneficiaries in Medicaid managed care plans and is focusing on projects to improve outcomes while reducing costs, such as eliminating early elective Cesearan sections.

Nationally, Pollack said, 48.6 million people were enrolled in safety-net health insurance last year, an increase of 20.5 million over the decade, with children making up more than half of that increase.

Along with the recession and continuing jobs crisis, the numbers reflect more than a decade of slow job growth and low wages, according to the National Employment Law Project.

It said the situation would be even worse without unemployment insurance and Social Security, which together prevented 23.5 million Americans from being in poverty last year.

The Census also found that:

The South, Midwest and West saw declines in real median income from 2009 to 2010.

Numbers like these mean the country could be facing a bleak future, said Brian Adams, chairman of the board of JustKids, an after-school and summer program serving the Boulder Creek community, formerly City Heights.

“There is a potential for a cycle to perpetuate itself and continue to drive these numbers in the wrong direction,” he said. “If there’s not a broad range of support forces out there to help, it can start a generation of less hope than previous generations. And that can’t be good.”