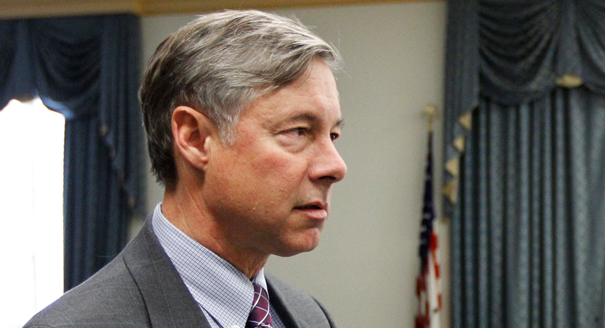 “We have 242 Republicans,” he said on “Fox News Sunday.” He added, “There will be a significant number of Democrats, I think, that will join us. You will remember when that vote passed in the House last March, it only passed by seven votes.”

Upton, whose committee will play a key role in the GOP’s effort to roll back the law, said that he believes the House may be near the two-thirds majority required to override a presidential veto.

“If we pass this bill with a sizeable vote, and I think that we will, it will put enormous pressure on the Senate to do perhaps the same thing,” he said. “But then, after that, we’re going to go after this bill piece by piece.”

Upton specifically called out the requirement for businesses to complete 1099 tax forms, the individual mandate and the amendment on abortion introduced by Michigan Democratic Rep. Bart Stupak. “We will look at these individual pieces to see if we can’t have the thing crumble,” he said.

Republicans officially take control of the House on Wednesday.

“The more the people learn about Obamacare, the less they like it,” said Rep. Michele Bachmann (R-Minn.) on CBS’s “Face the Nation.” She added, “It’s very costly; it’s unwieldy. So we will put forth a clean repeal bill of Obamacare. And you’ll continue to see us make that fight because that’s what the American people want us to do.”

Rep. Darrell Issa (R-Calif.), incoming chairman of the House Oversight and Government Reform Committee, said he plans to hold hearings on Medicare fraud and waste in January and February.

“Here you have $100 billion of waste,” he told CNN’s “State of the Union.” He added, “Obamacare, for all of what it wanted to do, it didn’t touch the fact that basically they pay to nonexistent entities in the tens of billions of dollars every year. That has got to be changed.”

And incoming Rep. Mike Kelly (R-Pa.) vowed to stick to his private-sector roots and to not sign up for the government-sponsored health care program that is available to members of Congress. “I’ve always paid for my own health care,” he told CBS.

But amid all the Sunday chatter, the president had a few defenders. Democratic National Committee Chairman Tim Kaine, appearing on CNN, said “health care reform is going to go down in history as one of the great achievements of this president.”

And Rep. Debbie Wasserman Schultz (D-Fla.) said repeal is a lost cause for Republicans.

“We cut prescription drug bills for senior citizens by 50 percent,” she told CBS. “We’ve already made sure that young adults up until they’re 26 can be on their parents’ insurance. A constituent in my district came up to me a few weeks ago and thanked me for saving her $3,000 a year because she could put her two adult children back on her insurance,” she said.

“That’s what the Republicans are going to be proposing to repeal this week,” Wasserman Schultz added. “It’s not going to happen. If it’s about jobs and the economy and reducing the deficit, wasting time and money and adding to the deficit by repealing health care reform or on the attempt is irresponsible.”