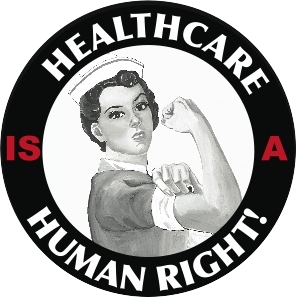 Majority Either Like Health Care Law Or Want It More Liberal

You may have noticed the CNN/Opinion Research poll released earlier this week, which had this all too familiar top-line: 54 percent of voters oppose President Obama’s healthcare reform law. But drill down a bit and you’ll find another number familiar to those who have paid attention–but one generally lost amid the noise of the conservative healthcare narrative of backlash against government overreach. Only a relatively small minority of Americans dislike the new law because it’s too liberal.

Or to put it another way, 56 percent of Americans either like the law or would prefer that it was more robust.

So, when you see the top-line results and see that 54% oppose the law, this is not to say that 54% have bought into the right-wing demagoguery and think Republican criticisms have merit. On the contrary, one could look at the same results and say that a 56% majority either support the law or want it to be even more ambitious in a liberal direction.

When Republicans try to gut the Affordable Care Act next year, insisting that the country is with them, it’s worth remembering a pesky detail: they’re wrong.

That said while Democrats can take comfort in poking that hole in the right-wing view of healthcare—and the fact that approval for the law has inched better overall—they should look with concern on the fact that public disapproval is growing against the individual mandate.

That is a place where the GOP may be able to bring along the bulk of the public (who of course don’t realize that the mandate was a Republican idea in the first place).