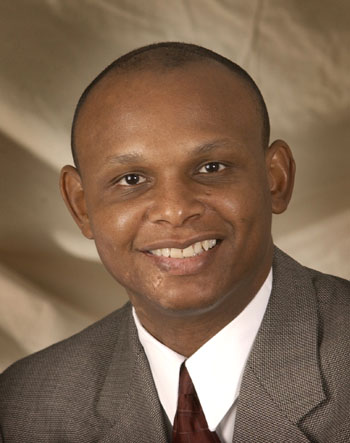 MEET JUNE, a 37-year-old mother with two girls in elementary school. She had been married, but her husband was killed in Iraq. She is fighting depression.

One morning while showering, June discovered a lump in her left breast. “She knew in her heart what it was,” said Dr. Stuart Hamilton, who shared the story at a Leadership Columbia Alumni Association luncheon last month.

Despite her concerns, June shrugged it off and continued to work her two part-time jobs. Months later, she found that the lump had grown seriously larger.

She searched the phone book for a doctor and had to make multiple calls. She never found a physician who took her insurance. She tried again, months later, and finally found a doctor. Her appointment was scheduled for four weeks later.

“She was informed that she had come too late.”

“I tell you that story to make a point,” Dr. Hamilton said. “Here in our community, in downtown Columbia, June is not alone.”

Dr. Hamilton, CEO of Eau Claire Cooperative Health Centers, would know. The cooperative has health centers in four counties that provide primary health-care services to people of all stripes, particularly the underserved and uninsured.

Many people in our community endure similar trials as June and can’t get needed care, Dr. Hamilton said. “For us, that is just not good enough.”

Dr. Hamilton’s words were both a challenge and a moment of enlightenment for the group of established and up-and-coming business and community leaders who gathered March 15 for a monthly luncheon; many of these leaders are likely to be key contributors to the development of Columbia.

Other countries have long settled the question of whether to provide all their citizens health care, but the United States has yet to do so, Dr. Hamilton said. “This country has never really decided that. We’re always debating should there be health care for everyone,” he said.

He then proceeded to share details of the new health-care reform law, which not long ago turned a year old.

While critics focus on its flaws and declare it will ruin America financially, Dr. Hamilton discussed it rationally and reasonably. He pointed out shortcomings, beginning with the fact that it doesn’t reform health care and doesn’t really reduce costs. “It’s really insurance reform and a really little bit of health reform,” he said.

At the same time, he said, we’re better off with it than without it.

That’s a fact that far too few people acknowledge. How can ensuring that more people have access to health care be a bad thing? Is there a cost? Sure. But let’s not fool ourselves. We’ve been paying untold amounts of money for a system that guarantees coverage to anyone who walks in a hospital emergency room — the most costly care possible.

Dr. Hamilton shared a timeline for portions of the law to go into effect — already people can’t be denied insurance for pre-existing conditions, and come 2014, tens of millions who are now uninsured will be covered. He also explained key elements such as insurance exchanges that will allow people to join pools in hopes of getting at least some better insurance, the expansion of Medicaid and Medicare, the increased use of electronic medical records.

And he stressed that the law does not bring a fundamental change in the deployment of health-care resources or a shift from reactive to preventive care.

He said that while 35 million to 40 million people will gain coverage in 2014, another 15 million people will remain without insurance. For the first time, men ages 21 to 64 and poor women who were not covered under Medicaid in the past will be covered. Before, only the disabled, children and mothers with children were eligible.

He said many people look upon Medicaid negatively because they buy into negative stereotypes of who uses the system. “We don’t want to pay for some crack momma’s baby,” he said. But a close analysis shows that the people who use the lion’s share of Medicaid aren’t children or mothers: “That’s where grandma is.”

“That’s a lot of people,” Dr. Hamilton said. “You may also ask who’s going to see those people. That’s a big question.”

He and the cooperative and its partners are doing their share when it comes to providing access. The cooperative operates 13 health-care and dental facilities throughout Lexington, Richland, Newberry and Fairfield counties. It recently opened a new health center in Pelion in partnership with Lexington County.

If history repeats itself, that site will be busy early and often. The cooperative opened its Monticello Road center last year, and “it’s already at capacity,” Dr. Hamilton said.

Despite the challenges, the new health-care law — warts and all — brings some welcome opportunities to meet a burgeoning need, he said. “The skepticism we have can not be allowed to paralyze us. We must take the better parts and make them work.”