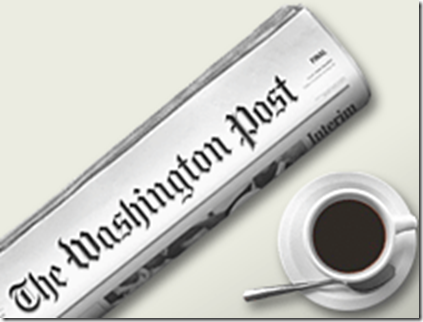 A federal judge ruled Thursday that a lawsuit brought by 20 states challenging the health-care overhaul law can move forward.

The decision by Judge Roger Vinson of the U.S. District Court for the Northern District of Florida to reject the Obama administration’s request to throw out the case was expected. During oral arguments over the government’s motion to dismiss last month, Vinson had indicated that he was likely to rule at least partly in the states’ favor. His ruling is limited to the plaintiffs’ standing to mount the case, as opposed to its merits – which will be discussed at a summary judgment hearing scheduled for Dec. 16.

But Vinson’s opinion delineates the issues over which the states – and two private citizens and a business group also party to the suit – will and will not be allowed to make arguments in what could shape up to be one of the most serious of about a dozen pending legal challenges to President Obama‘s signature legislative achievement.

Specifically, while dismissing most of the states’ other complaints, Vinson ruled that they can contest whether the law’s “individual mandate” requiring virtually all Americans to buy health insurance exceeds Congress’s constitutional authority to regulate commerce and make laws “necessary and proper” for carrying out its powers.

Last week, in a suit brought by private parties, a federal judge in Michigan unequivocally upheld Congress’s authority on that point. However, Vinson described the question as far from settled, because the relevant clauses of the Constitution “have never been applied in such a manner before.”

Vinson added that “the power that the individual mandate seeks to harness is simply without prior precedent.” Although he also noted that, “of course, to say that something is ‘novel’ and ‘unprecedented’ does not necessarily mean that it is ‘unconstitutional’ and ‘improper.’ There may be a first time for anything.”

On a related note, Vinson ruled that the fee imposed on people who fail to comply with the individual mandate amounts to a “penalty” rather than a “tax.” This would mean that Congress’s ability to impose it cannot derive from its constitutional powers of taxation. Vinson, an appointee of President Ronald Reagan, also rebuked government attorneys for arguing that the fee was a tax in the response to the lawsuit after congressional supporters had characterized it as a “penalty” during the debate over the health-care law.

“Congress should not be permitted to secure and cast politically difficult votes on controversial legislation by deliberately calling something one thing, after which the defenders of that legislation take an ‘Alice-in-Wonderland’ tack and argue in court that Congress really meant something else entirely,” Vinson wrote, “thereby circumventing the safeguard that exists to keep their broad power in check.”

Vinson will also permit the states to present arguments on whether the law’s expansion of Medicaid to cover not just the very poor but also people who are low-income impinges on state sovereignty because it could require states to spend billions more on the program.

Medicaid is a voluntary federal-state partnership. If states don’t wish to spend the extra money to expand coverage, they can – at least theoretically – pull out. However, the states contend that because doing that would force them to give up a huge cash infusion from the federal government and leave millions of their poorest citizens without insurance, they effectively have no choice.

Florida Attorney General Bill McCollum (R), who was the first to file the suit, issued a statement pronouncing Vinson’s ruling “a victory” that “confirms the significance of this lawsuit protecting against the federal health care act’s intrusions on individual liberty and limited government.”

Tracy Schmaler, a spokeswoman for the Justice Department, said in a statement, “While we are disappointed that the Court did not dismiss the entire case . . . we remain confident that the law ultimately will be upheld.” Referring to the Michigan suit, she added that “the only court that has decided the constitutionality of this law has sustained it and found that the minimum coverage provision was a reasonable step for Congress to take in reforming the nation’s health-care system.”

A separate, but similar suit brought by Virginia also survived a government motion to dismiss, with oral arguments on the merits scheduled for Monday.