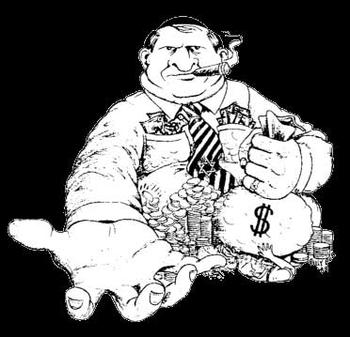 These days it really pays to have health insurance.

But it pays much better to sell it.

Renee Dudley’s story in Sunday’s editions of The Post and Courier said that Blue Cross Blue Shield of South Carolina saw its profits rise 46 percent from 2009 to 2010, a time when most people were, well, bleeding money. Right now, Blue Cross Blue Shield has $1.7 billion in capital, nine times what is required by state law to pay for a large-scale disaster.

It’s great that they are doing so well — most customers would want them to have a better cushion than the state minimum. Of course, that might explain why so many board members and executives at the company got six-figure raises last year.

But it also raises another question: With that kind of cash in the bank, why has the insurance company seen fit to increase its premiums an average of 17 percent in the last four years?

Because the state of South Carolina lets them do it.

Back when the Republicans and their army of pundits were railing against President Barack Obama’s flawed health care plan, they said the system could be fixed with a little more competition and a lot less regulation.

Well, they were half right.

The American Medical Association says Blue Cross Blue Shield controls 60 percent of the market in Myrtle Beach and 82 percent in Anderson — the other regions fall somewhere between, usually on the high end of that range. But despite the Justice Department investigating allegations of anti-competitive practices by the company, anyone can come into South Carolina and set up shop. With the state’s approval.

And that’s the rub. All that talk from conservatives about allowing insurance companies to sell across state lines would actually violate the Constitution’s 10th Amendment (which they claim to just love) by giving the feds power that is currently reserved by the states.

Not that our state is doing anything with this power.

A report from the nonprofit Kaiser Health News, the gold standard in health policy reporting, suggests that the South Carolina Department of Insurance doesn’t really look out for state residents too well.

“If a carrier requests a big increase,” the report says, “the department will make them spread it out over a few years in order to limit ‘rate shock’ for customers.”

That Kaiser report said South Carolina “only occasionally” reduces rates after reviewing requests from insurance companies, a trend that is right in line with this pro-business, anti-taxpayer state.

Makes you wonder if all those people who claim to love their health insurance are actually paying the premiums.

This is a big problem that politicians need to tackle, for the state’s own good — and their own. Right now, South Carolina’s budget deficit can be traced in large part to the outrageous cost of Medicaid here.

Maybe if the state looked out for its residents and kept insurance companies from raising rates every year, fewer people would have to rely on the “nanny state” that all these de-regulators decry.