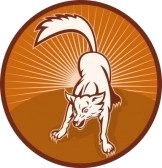 The South Carolina Health Planning Committee will play an important part in deciding how federal health care legislation plays out in the state — assuming the courts don’t scrap ObamaCare.

So the committee should represent the broad spectrum of state residents who would be served by that prospective program. As yet, however, there’s no one representing state health care consumers on the board. That’s a real shortcoming, to say the least.

The designated consumer member would be an essential part of the committee — perhaps its most important from a practical standpoint. The governor should appoint someone who can act as an advocate for those South Carolinians who might be served by the program.

The fact that each has been critical of the process so far shouldn’t be an impediment. To the contrary, it would underscore the governor’s commitment to bring balance to the process.

Blue Cross/Blue Shield is adequately represented, though as the state’s largest health care insurer it seems unlikely that the company would have much interest in advancing competition. BCBS’ selection has been sharply criticized by consumer advocates as an inherent conflict.

Except for the consumer representative, all selections to the South Carolina committee have been made. The panel has held one meeting so far.

And BCBS’ representative apparently isn’t going anywhere. All the more reason to select an established consumer advocate who won’t be overwhelmed by the predominance of other interests and ideological viewpoints of the board.

South Carolina is one of 26 states that have taken the federal government to court over ObamaCare. While that case is strong, a judicial victory isn’t a foregone conclusion.

Consequently, South Carolina could end up with a federally mandated health insurance exchange serving as many as 700,000 residents.

If that happens, the health exchange should serve as a functional clearinghouse for state health care consumers. That’s why the Health Planning Committee needs a strong consumer advocate on board.