[VIEWPOINT] It’s Not a Great Day in SC 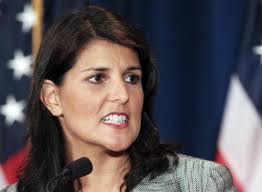 Terry Plumb of HeraldOnline.com challenges this statement that Governor Nikki Haley orders state office workers to use when they greet their phone callers .  In addition to discussing the unemployment rate in the state and poor persons in SC, he also discusses the great Medicaid expansion debate.

In approving “Obamacare,” the U.S. Supreme Court also ruled that states could not be forced to expand Medicaid coverage. If South Carolina opts out, however, people making less than $11,000 a year will be covered neither by Medicaid nor subsidized private insurance.

Ironically, a law that was intended to extend health insurance coverage to nearly all Americans will leave several hundred thousand of South Carolina’s poorest citizens with no health insurance at all,

According to one study, although South Carolina could see its share of Medicaid increase by nearly $500 million between 2014-2019, opting out would cause the state to forfeit almost $11 billion in federal Medicaid money.