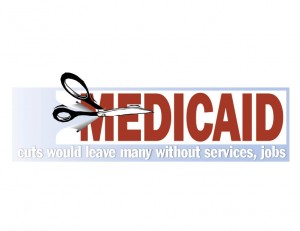 An exclusive from The State:

S.C. hospitals, doctors and other health care businesses could cut 5,000 jobs if legislators approve a proposal to reduce what medical providers are paid to treat poor and disabled patients, according to a University of South Carolina study.

A spending plan for the fiscal year that starts July 1, which the S.C. House will debate next week, would cut about $200 million from the state’s current Medicaid spending.

According to the study by USC’s Moore School of Business, a $228 million cut in Medicaid spending by the state — just slightly more than the House proposes to cut — “would potentially lead to losses of 5,452 jobs and approximately $169 million in incomes.”

Department of Health and Human Services director Tony Keck, whose state agency operates the state-run health insurance plan for the poor and disabled, disputes the USC figure. He notes that national and local data shows the health care industry is adding jobs.

However, South Carolina’s health care sector has not yet felt the impact of any Medicaid spending cuts.

Keck also questions the USC study’s methodology, arguing researchers used outdated data and imprecise assumptions— assuming, for example, that every dollar that South Carolina spends on Medicaid is spent in the Palmetto State.

Some of that money is spent out of state. For example, many medical devices that Medicaid pays for are elsewhere.

But the USC study reinforces the conclusions of a South Carolina Hospital Association report that argued a $100 million cut in state payments to health care providers could result in 3,000 lost jobs.

Keck and Gov. Nikki Haley have argued that cutting what doctors and hospitals are paid will not result in any job losses. They say state cuts in payments to health care providers are needed to make the health care system cheaper and more efficient.

For example, Keck said, when he worked in Louisiana, hospitals kept hiring even after that state cut its payments to health care providers by 15 percentage points.

“Reports like these are not helpful,” Keck said of the USC study. “It doesn’t reflect reality. It just lets politicians stand up there and argue again.”

USC also faces budget cuts, and, after eight years of a sometimes contentious relationship with former Gov. Mark Sanford, it and other S.C. colleges and universities are loathe to publicly fight with Haley, a Sanford protégé.

Keck has said South Carolina cannot afford to immunize health care providers from the impact of the economic slowdown, saying they must share in the state’s budget pain.

Health and Human Services officials cite federal statistics that show health care is one of the only sectors of the economy to add jobs throughout the Great Recession. Hospitals added 2,100 jobs across the country in February, according Bureau of Labor Statistics data, while the entire health care sector added 34,300 positions.

Since the recession began in December 2007, almost 40 states have reduced what they pay doctors and providers. South Carolina is the only state to forbid its health care agency from cutting its payments to those providers. However, the state Senate has approved a bill allowing Keck to cut payments, and the House budget allows his agency to do the same.

Rather than see their state payments cut, hospitals had proposed increasing the $264 million a year in taxes that they pay to the state. But Haley opposes that idea, saying hospitals would pass that cost along to paying customers and their insurers. Raising taxes also avoids addressing the root problem of rapidly rising health care costs, Keck said.

Hospitals respond that they would pass along the loss of state Medicaid payments to paying customers as well.

The S.C. Hospital Association declined to comment on the USC report. Its members are working with Keck on ways to save money and tailor state budget cuts in a way that they say will do the least harm to medical service and its availability.

“Medicaid services are about providing health care to the citizens,” Alexander said. “Jobs are important to our state. But, at the same time, we’ve got to do all we can on behalf of citizens and protecting taxpayers.”