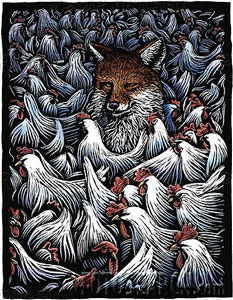 The South Carolina Department of Insurance “only occasionally” reduces rates after review, according to a recent report examining health insurance regulation nationwide. Many companies that sell individual policies in the state are “not reviewed at all,” Kaiser Health News, a nonprofit organization that reports on health care policy, said in the December report.

The state insurance department “engages in an informal back and forth with carriers if they find a problem with a filing,” according to the Kaiser report. “… If a carrier requests a big increase, the department will make them spread it out over a few years in order to limit ‘rate shock’ for consumers,” the report said.

“In a state with no competition, you need rigorous review,” said Rome, executive director of Health Care for America Now.

“You have to have an active commissioner who is scrutinizing rates and making sure that premium increases are justified.”

Department of Insurance Director David Black, who was chosen by Gov. Nikki Haley in January, has been at the helm of the state agency since February. That means his predecessor, Scott Richardson, approved premium hikes that took effect before then.

Asked to assess Richardson’s performance in keeping rates affordable, Black said, “He was doing a good job in that regard,” saying increasing premiums stem from rising costs of health care itself.

Black said he has made no changes to the rate-review process since taking his post three months ago.

Consumer Watchdog, a consumer and taxpayer advocacy group, has the new South Carolina director on its radar.

In March, the group criticized Black, the former CEO of Liberty Life Insurance Co., for his “insurance industry ties.”

“The insurance commissioner holds the state’s top consumer protection job, with enormous impact on the price of consumers’ health insurance,” said Consumer Watchdog Director Carmen Balber. “It’s critical that we close the revolving door between the insurance industry and regulators.”

Black said his industry experience is a “benefit to the state,” and dismissed concerns about conflicts of interest.

Beyond his employment history, the department head has other ties to the insurance industry.

Black serves on an advisory board at the Palmetto Institute, a Columbia think-tank whose board of directors has three Blue Cross Blue Shield leaders on it, including former CEO M. Edward Sellers.

Sellers and Black also formerly served together on the board of the South Carolina Chamber of Commerce.

Sue Berkowitz, who heads a Columbia group that advocates for disadvantaged South Carolinians, blasted what she characterized as a “cozy” relationship between the state’s insurance industry and its regulators.

“There should be a clear line between regulators and the industry they regulate,” said Berkowitz, director of the Appleseed Legal Justice Center. “There should not even be the appearance of a conflict of interest. People can be tempted to not want to do something that will insult or be harmful to their friends.”

“I don’t see that as any sort of rumble,” Black said.

In a statement, Blue Cross Blue Shield spokeswoman Elizabeth Hammond said, “Employees of diverse businesses often serve on charitable, business development and non-profit boards as a way of giving back to the community.”

Through her spokesman, Gov. Haley declined comment on the state of South Carolina’s insurance regulation.

Haley, however, shared some thoughts on the role of the insurance department after announcing her selection of Black to head it. The agency “must be as customer friendly and as pro-business as possible,” Haley said in her January statement.

“If you have a lax regulator and a company that’s a gorilla in the marketplace, you’re never going to get affordable insurance,” she said.