From The Health Care Blog: 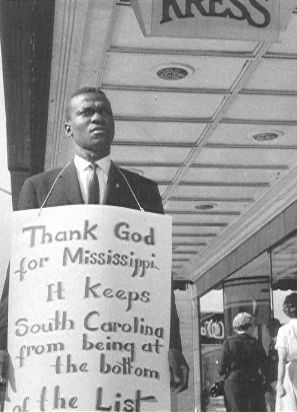 Still ringing true after all these years.

What makes a state’s health insurance successful for its citizens?   It should be affordable, it should cover a lot of people, and it should manage its members well, keeping people healthy as measured both by preventive care as well as actual health outcomes.

It turns out that, using those criteria, the state with the highest Health Insurance Success Score (HISS) is Massachusetts.   One would expect high quality, good outcomes and of course close to 100% coverage in the Bay State, but it also — quite surprisingly — ranks 5th in affordability, as described below.

Hawaii is a very close second.  (One could also argue that Hawaii’s circumstances are unique and non-comparable because that state differentially attracts and retains healthy residents, but the analysis eschewed all subjectivity and second-guessing of the data.)    Texas is last, one point behind Arkansas.   In both the best and worst listings, there is a noticeable gap between the two states at the extremes and their respective runner-up pelotons.

The bottom ten states would be:

The 51-state (including DC) ranking may be obtained gratis from the author.

Affordability is measured using the Commonwealth Fund’s recent report on family health plan cost and annual deductibles by state, and is compared to the family income of that state.   For instance, health insurance costs about the same in Maine as in Massachusetts…but Massachusetts median family income is about 40% higher.   Therefore (and also because the annual deductible is lower in Massachusetts) Massachusetts ranks 5th in affordability while Maine ranks 46th, with health insurance taking a 34.8% bite of a median family’s income.  (Massachusetts policies also pay for more services, like infertility treatments, but no attempt was made to capture and control for differences in covered services among states.)

Coverage is tallied using a recent Gallup-Healthways poll, which correlates with other sources.

Quality was derived by assigning the HEDIS health plan ranks to the states in which the health plans are listed as doing business.  For instance, Harvard-Pilgrim Health Care, the country’s highest-rated plan, does business in Massachusetts and Maine, so each of those states would score a “1”for that plan and then lower scores for the other plans doing business in those states.   Using the example of Hawaii, NCQA ranks four health plans doing business there.  Those plans are ranked 37, 80, 104, and 286.  The average of those four rankings is 127, good enough for second place behind Massachusetts, where the average plan licensed to sell health insurance is ranked 57.

Outcomes were trickier to measure.  Though the criteria were equally weighted to avoid any element of subjectivity (and those who would like to weight the criteria can obtain the analysis from me and apply their own weightings), in my personal opinion, chronic disease outcomes matter a great deal.  Health plans expend tremendous resources trying to improve them, as do employers through wellness programs and the states themselves through public health initiatives.  Chronic disease outcomes are a combination of avoiding the onset of chronic disease plus keeping people who have chronic disease out of the hospital.  The combination of those two endeavors can be summed into the rate of chronic disease inpatient events vs. the state’s population.  Of course there was an adjustment for age in the commercially insured population using census data, as people 45-65 are much more likely to have chronic disease events than younger people.

Chronic disease events paid for with private insurance were gleaned from the AHRQ’s Healthcare Cost and Utilization Project (HCUP) database.

Principal diagnosis event rates would be the basket of ICD9s used by DMPC for its comparisons across health plans and employers in the five so-called “common chronic” conditions:  asthma, coronary artery disease, congestive heart failure, chronic obstructive pulmonary disease and diabetes.    (15 states still don’t report to HCUP.  Their event rates were assumed to be average for their age distribution.)

HCUP provides total numbers of events.  That figure is then divided by the Kaiser Family Foundation’s estimate of commercially insured people by state, in order to produce an event rate.

As mentioned, rankings were equally weighted to avoid subjectivity, but another stealth subjective factor is the choice of variables to rank.  For instance, the current rankings reveal that, while high per capita income correlates loosely with top performance, low income correlates tightly with poor performance.  And health status does correlate with people’s wealth, above and beyond anything that a state’s health insurers or medical system might do.  If the adverse event rates are considered to be a function of both age and income instead of age alone and therefore to score high a state must “outperform” the expectation created by its own wealth, the rankings change as follows, with some movement among and in and out of the best ten but mostly compression of the top scores:

This HISS analysis is fully replicable.  All the variables are completely objective and available to everyone using the links.   The analysis itself – which is free for journalists, academic researchers, bloggers, federal employees and retainer-level members of the Disease Management Purchasing Consortium — may be obtained from the author.  Rather than defend this analysis as definitive (and as many limitations as I could think of are listed on my website), I instead encourage people to improve upon this analysis and will be of assistance to anyone who would like to refine it.

Al Lewis, called “the country’s leading outcomes measurement guru” in the 9th Annual Report on the Disease Management and Wellness Industries, is president of the Disease Management Purchasing Consortium, www.dismgmt.com.   He was founder and first president of the Care Continuum Alliance.  An excerpt from his forthcoming book Why Nobody Believes the Numbers: The Outcomes Measurement Guide for Grown-Ups may be downloaded here.