We met Michelle Johnson at The Dollar Sto' in Columbia, South Caorlina a few weeks ago. She shares how Medicaid has made a huge impact on her life as a single mother. 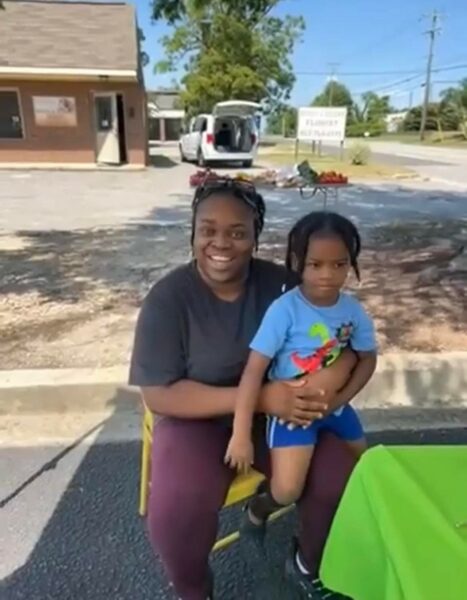 "My name is Michelle Johnson. My child has been on the [Medicaid] program since he was born at the age of three and the reason I enrolled in Medicare because I am a single mom of three. So it kinda helps even though I work and still pay bills. So it does help cut the cost of a lot of the expenses that comes along with raising a child as well. Medicaid has been just awesome for me, my family. I've been on it for like over 18 years when I was younger, so I enjoy it. I love everything about it.

I, myself had emergency surgery that I had to get, and it was for my gall stones to be taken out. I did not have the funds upfront to pay for that. But Medicaid came in and covered that. So that was just um amazing for me, especially just not knowing the unexpected and what would happen in those cases. So that just helped a lot out with my financial, other financial problems as well, to instead of having to use my own money to go ahead and pay towards medical bills. So that way Medicaid picked up and took care of it for me.

So basically, what Medicaid means is a helping hand for me. It wasn't definitely planned for long term until I um end up having another child again! I realized that I needed it again. So I was completely off for about 6-7 years and then I'm like boom, I'm pregnant. So I know I needed the extra help to cover bills as well too, so it just comes in. It's just the helping hand that's always been there throughout my entire life, outside of working.

We met Michelle at The Dollar Sto' in Columbia, SC. We're grateful to her for sharing her story and talking about the Medicaid program as part of our Medicaid Stories Project.

Interested in sharing your story? Visit our stories page here to share yours today, or reach out to our story collection coordinator Misa Bailey at [email protected]