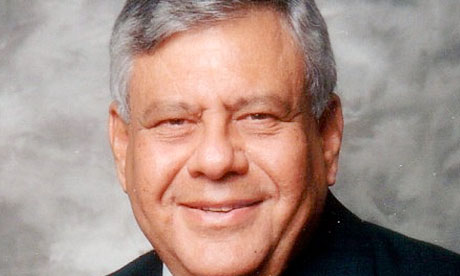 No bankers in top 10 of America’s best-paid executives, but those in charge of healthcare and drugs firms are in the money.

Pity Wall Street’s bankers. Once the highest-paid bosses in the land, they are now also-rans. The real money is in healthcare and drugs, according to the latest survey of executive pay.

There are no bankers in the top 10 of this year’s GMI survey of CEO pay. In fact, they have been out since 2007, when Goldman Sachs boss Lloyd Blankfein competed for the top slot with Richard Fuld, boss of soon-to-be-bust Lehman Brothers, and Angelo Morzillo, head of Countrywide, once the largest sub-prime home loan firm.

With the bankers still recovering from their tussle with hubris, old age and infirmity were 2010’s boom businesses – at least in terms of pay. Leading the pack was John Hammergren, chief executive of McKesson Corporation. The firm’s 52-year-old chairman, chief executive and president took home $145,266,971 in 2010.

McKeeson is probably the biggest company you’ve never heard of. Headquartered in San Francisco, the company is the largest pharmaceutical distributor in North America, distributing a third of the medicines used in the US. McKeeson’s sales topped $112bn last year.

Hammergren’s next closest rival was Joel Gemunder, outgoing boss of Omnicare, where he had been president since 1981. Omnicare is a pharmacy company that dispenses drugs in nursing homes – among other services – and had sales of $6.15bn last year. When Gemunder started at the firm it had sales of $150m. His 2010 total pay package was worth $98,283,242.

Ronald Williams, boss of health insurance giant Aetna, made $57,787,786 in 2010. Another recipient of a golden goodbye, Williams made $50.4m on his stock options last year. Williams is one of the US’s most prominent African American business leaders, and has campaigned against healthcare reforms that would have introduced a government-backed public insurance option to compete with private insurers. Since he became CEO, Aetna’s stock price declined by 70%.