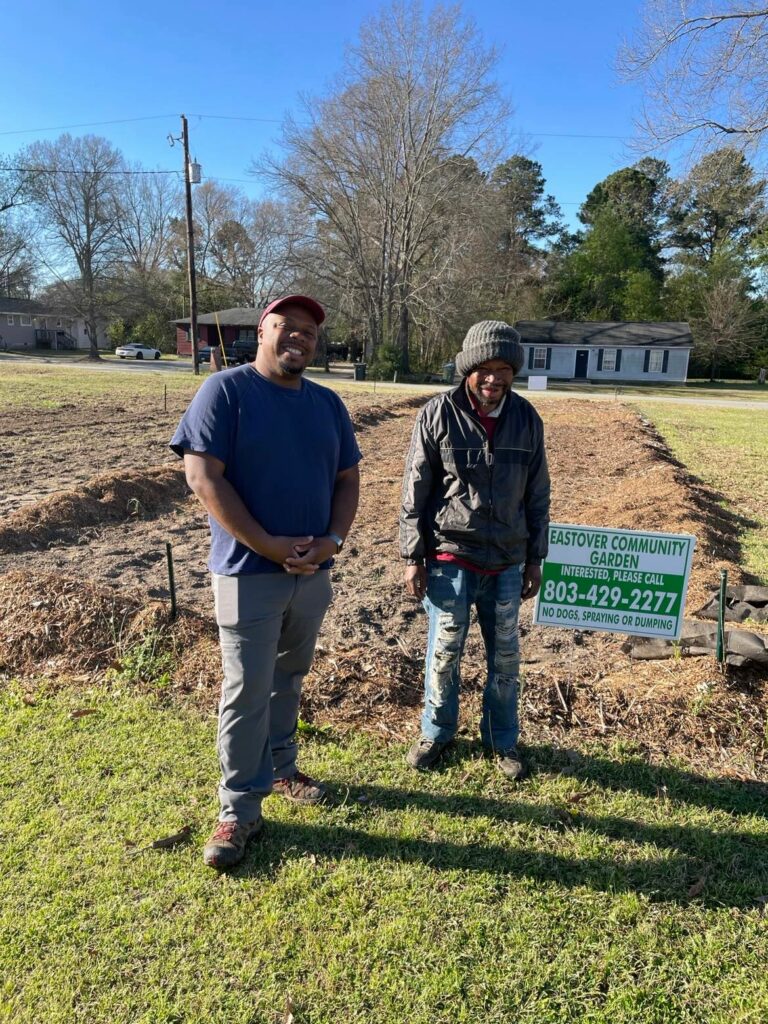 About the Town of Eastover, by Michael Dantzler

"I'm from this town, Eastover, that we are standing in the middle of. I grew up in an area called Hickory Hill, which is two miles southeast of here. Grew up in a rural community where everybody knew each other. On a road named after my stepfather's name. Very close-knit town. My current situation after being an artist in Columbia and around the state, I decided to come back home the past couple of years. I took my talents back home to see if I could be effective.

We have a lot of natural resources around here. We're near the convergence of the Wateree and Congaree rivers that makes Lake Marion. We have the Wateree Coal Plant and the International Paper which has a new name. That's one of the bigger industries here. Back to natural resources, we're about 15 minutes from Cook's Mountain which many people in Richland don't know about. We're close to Palmetto Trail which runs from Fort Jackson to 601 somewhat. That trail is being developed more. One of the trail for Congaree National Park is that way. The grand entrance to the park is about 10-15 minutes away.

It's a little town. It's a town that thrives off the railroad. It has a history with the railroad industry and the logging industry.

Growing up in the country is a different experience from growing up in the town. Most of the people stay to themselves in the rural community. In the town limits, I actually live down the road two blocks from this point right now. Living in the town, people are more socialable. There are more celebrations going on. Everyone celebrates birthdays. We celebrate Fridays and Saturdays, the end of the work week. Barbecue is king here. Pit barbecue is big here. This is a pretty close knit community; everybody knows everybody for the most part. I'm somewhat of an outsider [laughs]. People still ask who I am and I tell them my surnames - White and Dantzler - and they say "Oh, okay I know who you are." Once I tell them my surnames, that's like my ticket to validation that I'm from here."

"I am eligible for State insurance, but I don't have it at this time... The main reason I don't have it is because I feel that I can't afford it now. I don't make that much money, and the reason being is that I am a single parent and I have two school aged children and they are on Medicaid because I can't afford insurance for them now. One of my children, her father, carries her so she actually has both insurances, but we have to use the one that he has, which is I believe BlueCross Blue Shield. We use that first, and if we need to use the Medicaid then we do." - Lower Richland Resident

Feature: How Medicaid Helped a Single Mother in Eastover

In the following interview, we spoke with a single mother in Eastover, South Carolina that chose to be anonymous for the conversation. She shares the impact of Medicaid on her family, particular her children and the decisions she's had to make as a single mother when it comes to health care. 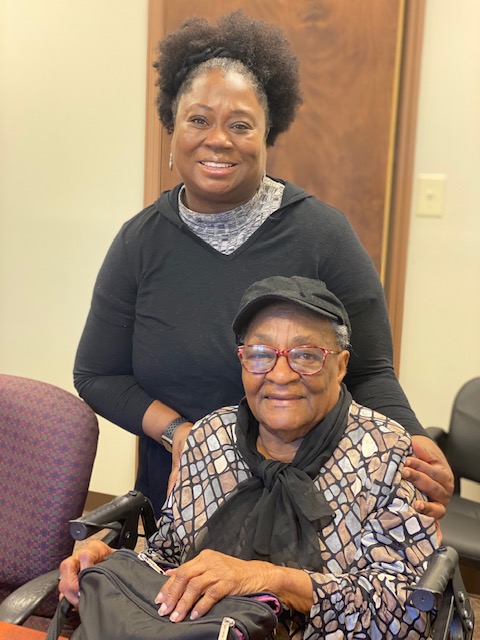 In the following interview, we speak with Delores L. Jones about her experiences with the Medicaid program. Delores attends the Mother DeVeaux Adult Day Care. She formerly worked over 30 years for state agencies before retirement.

In the following interview, we speak with Cassandra DeVeaux about her work in the community, especially at her adult day care.

In the following interview, we speak with "Rabbit" about his health care access as a resident of Eastover. Rabbit currently works part-time at the Eastover Community Garden, helping tend to the field with his lifelong expertise in farming.