March 30, 2011 | In the news
From Charleston Regional Business Journal: 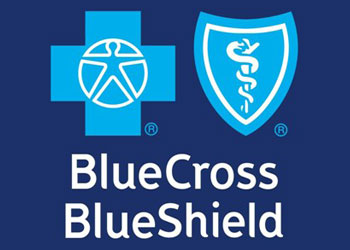 The U.S. Department of Justice claimed in a lawsuit filed in October that Blue Cross Blue Shield of Michigan was violating antitrust laws in its contracts with hospitals, and now the government is expanding its investigation of the matter.

Blue Cross Blue Shield of South Carolina appears to be among the targets of that investigation.

Justice Department spokeswoman Gina Talamona said the department’s antitrust division is investigating the possibility of anticompetitive practices in various parts of the country involving “most favored nation” clauses. She decline to discuss specifics or to name regions or states.

Elizabeth Hammond, spokeswoman for Blue Cross Blue Shield of South Carolina, said the company had received an inquiry from the Justice Department. She also declined to comment further.

“We did receive an inquiry from the U.S. Department of Justice and are working with our counsel to respond,” Hammond said.

The Justice Department’s lawsuit against Blue Cross Blue Shield of Michigan challenges provisions of the health insurance carrier’s agreements with hospitals. The provisions, referred to as “most favored nation” clauses, essentially guarantee that no other insurance plan can obtain a better rate, according to the Justice Department.

Some of the clauses guarantee the plan an even better rate than is given to any other plan or purchaser, the department said in an October news release about the Michigan case.

In some cases, the department said, Blue Cross Blue Shield of Michigan agreed to pay more for certain health care services, effectively “buying protection from competition by increasing its own costs.”

The department said that these agreements likely resulted in Michigan consumers’ paying higher prices for their health care services and health insurance.

Blue Cross Blue Shield of Michigan insures more than nine times as many residents as its next-largest competitor, covering more than 60% of the state’s 3 million commercially insured residents, the Justice Department said.

According to the complaint, the carrier has used the most favored nation clauses in contracts with at least 70 of Michigan’s 131 general acute-care hospitals.

The state of Michigan joined the Justice Department in its lawsuit, which was filed in U.S. District Court in the Eastern District of Michigan.

“It’s our goal to secure the best health care at the best rates for our members, while also ensuring fair compensation for our providers,” Lieberman said.

He said he couldn’t address specifics of contract language.