How Healthcare Premiums Have Changed 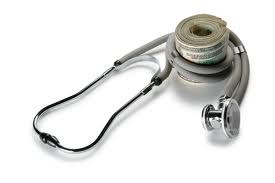 Among the findings, as reported by Sarah Kliff:

2) Insurance premium growth has wiped out the last decade of wage growth.  Overall, that middle-income family saw its income go up by $23,000, from $76,000 in 1999 to $99,000 in 2009. But rising health-care costs in the form of increased insurance premiums and co-pays, ate up nearly all of that. Factor in that spending, and the average family only had $95 a month more in available income than it did a decade ago.

3) The Affordable Care Act has contributed to the rise in premiums, especially in the individual market.

4) The Affordable Care Act has returned more than $1 billion in premiums to consumers in the form of insurance rebates.

5) Regulators rejected or lowered at least 924 insurer rate hikes in 2010. While the federal government cannot reject rate hikes, regulators in 37 states do have that authority. (South Carolina only had 21 [or five percent] of its rate filings that were disapproved, withdrawn or resulted in lower rates than originally proposed by the state in 2010.)

For more details into this analysis, please visit The Washington Post.