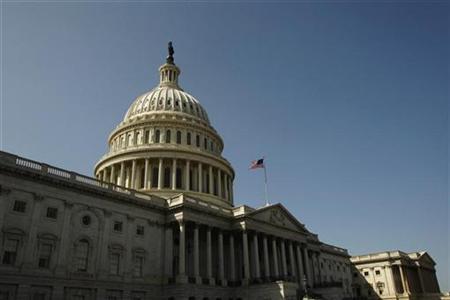 WASHINGTON (Reuters) – The Republican-led House of Representatives passed legislation that would repeal President Barack Obama’s landmark healthcare reform law on Wednesday in a mostly symbolic move likely to be scuttled in the Senate.

The House voted 245-189 to approve the Republican bill that would scrap the law, which was passed by Congress last year after a bitter debate and signed by Obama when his fellow Democrats still controlled both the House and Senate.

The unified House Republicans were joined by three Democrats in backing the bill, which also needs Senate passage but is unlikely to get it. The Senate remains under Democratic control and is not expected to take up the repeal legislation.

Even if the Senate were to pass the measure, Obama has vowed to veto any effort to repeal the healthcare law, one of his biggest legislative victories.

Republican leaders said they were committed to trying to repeal it in order to honor a campaign pledge that helped them win control of the House and gain seats in the Senate in congressional elections last November.

“Our pledge was to repeal ‘Obamacare,'” said House Speaker John Boehner, using a derisive term for the law. “Why? Because it is going to increase spending, increase taxes and destroy jobs in America.”

Polls show that Americans are split on the law. An ABC News/Washington Post poll this week found that more Americans now believe it will hurt rather than help the struggling U.S. economy. But the poll also showed that just 18 percent favor full repeal of the law.

The law will also bar insurance companies from denying coverage to people with pre-existing health conditions.

Treasury Secretary Timothy Geithner said repealing the law would damage the economy. “Given where we are, we must do things that help bolster the recovery, and repealing the Affordable Care Act would be a step in the wrong direction,” he said.

A heated debate preceded congressional passage of the law last year. But the tone of the repeal debate in Congress this year was subdued in the aftermath of the January 8 shooting in Tucson of Democratic Representative Gabrielle Giffords, who survived but was gravely wounded.

Six other people were killed in the attack that prompted calls for politicians to tone down their rhetoric.

Republicans delayed debate on the bill for a week after Giffords was shot. Lawmakers from both sides largely avoided inflammatory rhetoric.

Boehner on Wednesday thanked House members for the “respectful debate.”

Democrats say the law already is helping millions of people who had been shut or priced out of health insurance.

“Let’s be clear, this law is working,” said Representative Sander Levin, the top Democrat on the House Ways and Means Committee. “Repealing it would have real-life consequences for millions of Americans.”

While repeal is expected to fail, House Republicans have proposed steps to slow implementation of reforms by cutting funding in a spending bill that will debated in coming weeks.

Some, but not all, of the provisions in the law have gone into effect. They include allowing young people to stay on their parents’ health insurance until age 26, improving drug savings for the elderly on the government’s Medicare insurance program, and creating temporary high-risk pools to help people with medical conditions obtain health coverage.

Other elements such as the creation of insurance exchanges to help individuals and small business compare and purchase plans do not go into effect until 2014.

Federal courts have issued differing positions on whether a mandate that Americans purchase health insurance is permissible under the U.S. Constitution. The question is expected to wind up before the U.S. Supreme Court.