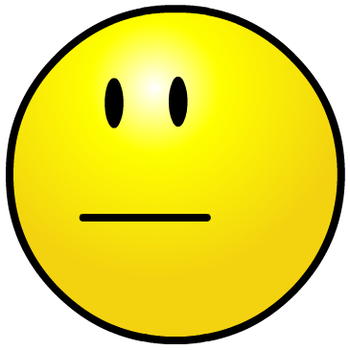 Here’s your counterintuitive thought for the day: Perhaps slow implementation might actually save the Affordable Care Act instead of killing it.

New polling on the Democrats’ health-care law, nicely explained by Sarah Kliff, shows that “both sides … are losing the message war.” That is, Democrats are somewhat less likely to support the ACA than they once were, but Republicans are less likely to oppose it — and everyone seems to know less about what the law will actually do. Paul Waldman makes the case that this is the natural result of a law that was passed more than a year ago but that is being implemented slowly, with most major elements not due to kick in until 2014. Since there are no large groups who believe that they’ve received tangible benefits from the law, therefore there is no strong constituency against repeal. All of that is certainly correct.

And yet . . .partisan opposition to the law is also dissipating.

After all, it’s hard to stay angry at something that isn’t happening. Kliff is right that House Republicans are moving from repealing the ACA, which they seemed to have wanted to do every few weeks earlier this year (to the extent that many Republican voters believed that the law had actually been repealed), to repealing environmental regulations. Perhaps health care will return as their focus during the 2012 campaign, but presumably that’s a lot less likely if Mitt Romney winds up as their nominee, and anyway jobs and the economy seem like a more natural focus. In other words, it’s possible that the ACA as such will sort of just fade away as an issue.

Of course, if Republicans sweep Congress and the White House in 2012, they may repeal the ACA or critically wound it even if it wasn’t a major campaign issue. Even if Barack Obama wins reelection, we can expect Republicans in Congress to make implementation as difficult as they can. And there’s always the chance that the Supreme Court will wind up striking down at least the individual mandate, and possibly more. But the longer it’s on the books, the more status quo bias kicks in and makes it tougher to dislodge. Are Republicans really going to restore the ability of insurance companies to deny coverage based on pre-existing conditions? Are they really going to bring back the donut hole (which isn’t closed yet, but is closing under ACA)? Are they really going to remove the other provisions that people have been living with for a while now? If Obama and the Democrats had rushed implementation, we would have been treated already to the misfires and mistakes that are pretty much inevitable in putting together a new set of programs. Even if most things were going well, health-care reform would have remained a major, ongoing news story, and that would have made it more likely for partisan attitudes to harden.

Every month, it gets a little harder to repeal, and a little easier for Republicans to pass some sort of superficial “fix” that would keep the ACA in place but allow them to claim credit for “real” reform. The ACA is hardly out of the woods yet, and perhaps quick successful implementation would have been the best option — but at any rate, my guess is that right now a lower profile is probably the best thing for the legislation.