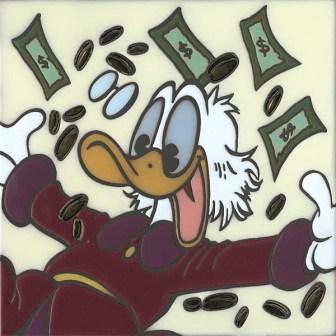 Attention consumers: The 4th paragraph here says it all. Meanwhile health insurers have funneled $86.2 million to the U.S. Chamber of Commerce to fight reforms that would contain consumer costs.

The six largest investor-owned health insurance companies saw a 22 percent increase in combined net income in the third quarter, putting them on pace to break profit records for 2010.

According to S.E.C. figures compiled by Health Care for America Now (HCAN), which lobbied Congress to pass March’s healthcare overhaul, the top six insurers made a total of $3.4 billion in profits during Q3, or $611 million more than they did during the same period last year.

All but WellPoint, Inc., meanwhile, increased how much of each premium they allocate to administrative costs and profit.

On average, each of the six now devotes 20 cents on the dollar to non-medical services, compared to 16.5 cents last year and, according to HCAN, 5 cents in 1993.

March’s healthcare overhaul will require insurers to spend at least 85 cents of every premium dollar on patient care. Those changes take effect next year.