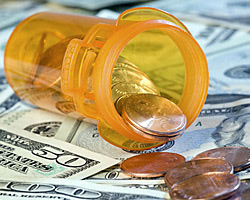 Almost half a million seniors on Medicare had saved a combined $260 million on their medicines by the end of last month thanks to the healthcare reform law, the Obama administration announced Tuesday.

A total of 478,272 people have taken advantage of the law’s 50 percent prescription discount for seniors in the Medicare “doughnut hole,” according to the Centers for Medicare and Medicaid Services. The month of May saw a sharp increase in the number of beneficiaries benefiting from the provision, up 76 percent from 270,900 at the end of April.

“As more and more beneficiaries hit the donut hole through the rest of this year,” CMS Administrator Don Berwick said in a statement, “the numbers will continue to climb. All of these beneficiaries will see savings on their drug costs that were not available in previous years.”

The agency also released a state-by-state breakdown of the numbers, showing that California saw the greatest benefit, with 54,586 seniors saving almost $30 million.