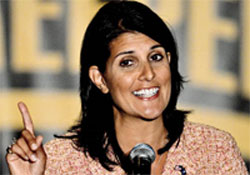 South Carolina should not manage its own “exchange” where health coverage will be sold once the new federal health care law takes full effect in 2014, a state panel is expected to recommend today.

The S.C. Health Planning Committee wants private companies to create their own exchanges to sell insurance, an option critics said will face resistance and likely lead to a federal takeover of the process.

If Gov. Nikki Haley approves the recommendations, South Carolina would join a handful of other states in declining to set up its own exchange — the website and hotline where health coverage will be sold to residents who qualify for subsidized insurance as part of federal health care reform.

Instead of a single state-managed website, members of the Health Planning Committee, who include state Health and Human Services Director Tony Keck, said private entities should set up their own sites to sell insurance.

Keck said small businesses or insurers could band together to build their own exchanges. The resulting sites would be similar to having a choice of Travelocity, Orbitz and Kayak for buying discounted airline tickets, he said.

Advocates for the uninsured, however, said buying health insurance is a complicated transaction. Allowing private companies to manage exchanges could open the door for insurers to take advantage of the poor, they said.

If federal monitors find the private solution unacceptable, they will set up their own version of the exchange for the state beginning in 2014, according to the federal law.

It is unclear specifically how a federal exchange would look. But if state officials dislike it, they again have the option of taking over. The second time around, though, the federal government would not offer grant assistance to set it up.

South Carolina now has a $1 million federal grant to plan an exchange.

A central component of the health care law, the exchange is intended to be a one-stop shop for individual and small business health plans, and as the place where low- and middle-income consumers would collect federal subsidies to cover premiums.

Members of the state committee outlined their reasons for rejecting a state-run exchange in recommendations to be discussed in Columbia today.

They said federal deadlines for setting up the exchange are too tight; the federal government has not offered sufficient direction for how an exchange should operate; and the state should not be responsible for doling out federal tax credits.

“There is little apparent ‘first-mover’ advantage to states,” the committee said in its draft recommendations.

Critics of the recommendations, including health care economist Lynn Bailey of Columbia, worry about the lack of oversight and regulation on privately run exchanges.

Lobbyist Teresa Arnold of the S.C. chapter of the AARP agreed, pointing to the lack of oversight of companies selling Medicare prescription drug plans several years ago. At that time, some companies routinely sold plans to low-income seniors who would have qualified to have their monthly premiums waived altogether.

“We don’t have consumer protections in place if we go down this road,” Arnold said.

Sue Berkowitz, director of Appleseed Legal Justice Center in Columbia, said consumers would be better served with a “single point-of-entry” to buy insurance than with a variety of private exchanges.

“Some people have never purchased insurance before,” Berkowitz said. “We need to make it easy for them to get where they need to be.”

Rep. Harold Mitchell Jr., a Spartanburg Democrat who sponsored legislation this year to create a state exchange, said Thursday the proposed private solution “is not going to fly with the feds” and he is “delighted they could take over.”

“I don’t have faith the Haley administration will do it right,” he said.