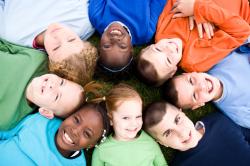 Columbia – South Carolina made significant progress in reducing the number of uninsured children from 2008 to 2010, according to a new report released by the South Carolina Appleseed Legal Justice Center and authored by the Georgetown University Health Policy Institute’s Center for Children and Families.  South Carolina’s rate of uninsured kids declined from 11.7% in 2008 to 9.4% in 2010, meaning more than 23,000 additional children had coverage in 2010, despite challenging unemployment and increases in child poverty.  Nationwide, the rate of uninsured children went from 9.0% in 2008 to 8.0% in 2010.

“The progress on children’s health insurance is due to the success of Medicaid and Healthy Connection Kids, which have continued to fill the void created by a decline in employer-based health insurance, high unemployment, and the increasing cost of private health insurance,” said Sue Berkowitz of the South Carolina Appleseed Legal Justice Center.

“Now we call on the General Assembly to build on this progress by granting the Department of Health and Human Services the additional $35 million it has requested, in order to provide coverage to another 70,000 children in South Carolina who are currently shut out of our healthcare system.”

Analyzing newly available data from the Census Bureau, the Georgetown researchers examined the changes in coverage rates for children from 2008 through 2010.

In 2008, South Carolina had about 124,900 uninsured children according the report, which uses data from the Census Bureau’s American Community Survey.  By 2010, that number had declined to 101,900.  South Carolina’s improvement in coverage for kids of 2.3 percentage points over three years was enough to put it into the top ten among states for improvement over that period.

While state-specific demographic data are not available, nationally there are some important differences worth noting among demographic groups.  Hispanic and Native American children remain disproportionately uninsured, older children are less likely to be covered than younger children, and uninsured rates are higher for children living in families earning below 50 percent of the poverty line.

“This report highlights a rare piece of good news at a challenging time for children. Poverty has gone up, but more kids are insured,” said Joan Alker, Co-executive Director of the Georgetown Center for Children and Families. “State leaders, with strong federal support through Medicaid and CHIP, have provided some much needed peace of mind to many families struggling to meet their children’s health care needs during perilous economic times.  These gains are fragile and could quickly be reversed if state or federal support erodes.”