From The Los Angeles Times: 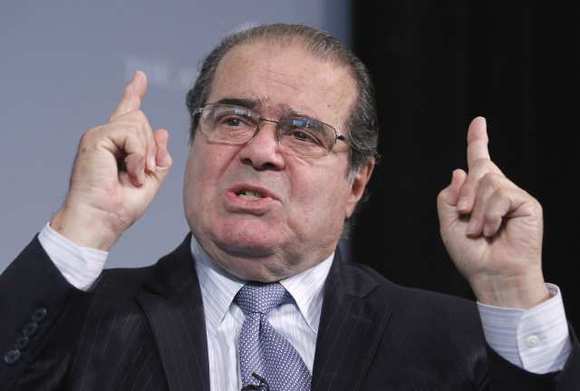 The day the Supreme Court gathered behind closed doors to consider the politically divisive question of whether it would hear a challenge to President Obama’s healthcare law, two of its justices, Antonin Scalia and Clarence Thomas, were feted at a dinner sponsored by the law firm that will argue the case before the high court.

The occasion was last Thursday, when all nine justices met for a conference to pore over the petitions for review. One of the cases at issue was a suit brought by 26 states challenging the sweeping healthcare overhaul passed by Congress last year, a law that has been a rallying cry for conservative activists nationwide.

The justices agreed to hear the suit; indeed, a landmark 5 1/2-hour argument is expected in March, and the outcome is likely to further roil the 2012 presidential race, which will be in full swing by the time the court’s decision is released.

The lawyer who will stand before the court and argue that the law should be thrown out is likely to be Paul Clement, who served as U.S. solicitor general during the George W. Bush administration.

Clement’s law firm, Bancroft PLLC, was one of almost two dozen firms that helped sponsor the annual dinner of the Federalist Society, a longstanding group dedicated to advocating conservative legal principles. Another firm that sponsored the dinner, Jones Day, represents one of the trade associations that challenged the law, the National Federation of Independent Business.

Another sponsor was pharmaceutical giant Pfizer Inc, which has an enormous financial stake in the outcome of the litigation. The dinner was held at a Washington hotel hours after the court’s conference over the case. In attendance was, among others, Mitch McConnell, the Senate’s top Republican and an avowed opponent of the healthcare law.

The featured guests at the dinner? Scalia and Thomas.It’s nothing new: The two justices have been attending Federalist Society events for years. And it’s nothing that runs afoul of ethics rules. In fact, justices are exempt from the Code of Conduct that governs the actions of lower federal justices.

If they were, they arguably fell under code’s Canon 4C, which states, “A judge may attend fund-raising events of law-related and other organizations although the judge may not be a speaker, a guest of honor, or featured on the program of such an event.“

Nevertheless, the sheer proximity of Scalia and Thomas to two of the law firms in the case, as well as to a company with a massive financial interest, was enough to alarm ethics-in-government activists.

“This stunning breach of ethics and indifference to the code belies claims by several justices that the court abides by the same rules that apply to all other federal judges,” said Bob Edgar, the president of Common Cause. “The justices were wining and dining at a black-tie fundraiser with attorneys who have pending cases before the court. Their appearance and assistance in fundraising for this event undercuts any claims of impartiality, and is unacceptable.”

Scalia and Thomas have shown little regard for critics who say they too readily mix the business of the court with agenda-driven groups such as the Federalist Society. And Thomas’ wife, Ginni, is a high-profile conservative activist.

Moreover, conservatives argue that it’s Justice Elena Kagan who has an ethical issue, not Scalia and Thomas. Kagan served as solicitor general in the Obama administration when the first legal challenges to the law were brought at the trial court level. Her critics have pushed for Kagan to recuse herself from hearing the case, saying that she was too invested in defending the law then to be impartial now. Kagan has given no indication she will do so.